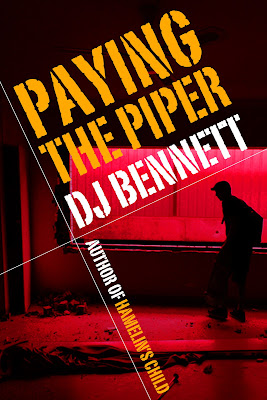 Coming very soon to an ebook store near you - well near to your computer anyway ...

This is a follow-on from Hamelin's Child, and is set six months later on Michael's 18th birthday.

Michael is piecing his life back together. But it's hard and sometimes other people's troubles can seem easier to deal with. When he meets Amanda at the cashpoint, it's a chance to focus on someone other than himself, and finding Amanda's missing husband and baby may just be his salvation.

But the shadows of his past won't let him go. The bank account they've set up for him is full of easy cash and Eddie's old boss Carl can help Amanda. And suddenly Michael is in deeper than he ever imagined possible.

If you're here because you're thinking of buying one of my books - apologies! I'm in the middle of changing my distribution to sites other than amazon, so some books may be unavailable on other platforms. They will all be back for sale as soon as possible! In the meantime you can continue to buy from amazon (in kindle format) and smashwords (in all formats).
No comments:

The Enemy of My Enemy

I was going to title this post Shades of Grey, but I reckon we're all a bit sick of grey, aren't we? Although it would be just as apt a title.

The enemy of my enemy is my friend. Allegedly. Or in other words if you are working towards a common cause - or taken in its literal sense, to defeat a common enemy - you must both be on the same side. But what if there are shades of evil? What if you align yourself with the lesser of evils to defeat the greater of evils? What if you're not sure which is which anyway?

I've done it again with my current WIP Paying the Piper. Yet again, what starts out as black and white soon dissolves into shades of grey, when the bad guys start exhibiting good qualities and the good guys decide that actually the police aren't really going to be of much help here, and annoying little details like the Police and Criminal Evidence Act just get in the way. The police have to make sure that an arrested person gets proper meals and sleep and legal advice. The bad guys just beat the shit out of them and get their information much quicker. Now if you're running out of time and you have a choice, which option are you going to go for?

So Amanda has to decide. Let correct legal proceedings dictate the time it takes to get account information from an internet forum, or ally herself with the charismatic Lenny, who may be more interested in the large sums of money at stake and possibly preventing a star witness from turning up at a drugs trial that's been twelve months in the making. And Michael may just be stuck in the middle.
No comments: