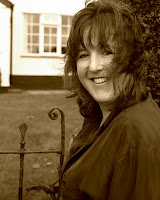 I tell lies and make things up. Sometimes people pay me for it.

I was Debbie Louie for the first 26 years of my life - in case you are wondering if I am the right Debbie Bennett. It's an awfully common name - at least Louie was relatively unusual as surnames go. Bennett is common as muck. I grew up on the Wirral in NW England. So, identity established, let's move on...

I've worked in law enforcement for over 25 years, in a variety of different roles, both front-line and back-office, which may be why the darker side of life tends to emerge in my writing. I've been a VAT debt-collector, a tax-inspector and a specialist drugs investigator - I've even been the team leader controlling all the Thames Valley breweries for beer duty (spending days at a time in breweries around the area...). I've run an IT help desk and worked in e-forensics in the late 1980s, before it became trendy. I currently play with police databases.

I was long-listed (top 25) for the Crime Writers' Association Debut Dagger in 2005. I was also a reader for several years for the BFS annual short story competition and I spent more than 9 years editing BFS newsletters and anthologies, many stories from which were selected for awards. I also read, edit and review for various online websites, blogs and magazines.

You can find more of my musings over at AuthorsElectric, a blog by professional writers, where I have a regular slot on 6th of each month and I write occasional posts for You're Booked - the online community for crime readers and writers run by Harrogate International Festivals.

My claim to fame: I once asked Stephen King to dance!