Urban Gothic. Award-nominated anthology of stories from the 2000 Channel 5 tv series of the same name. Contributed 11,500 word novelisation of tv episode Lacuna. You can still get copies of this on Amazon. 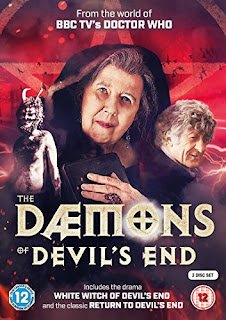 Sold a commissioned short film script to Daemons of Devil's End - a direct-to-DVD production. Daemons is a spin-off from a 1970s Dr Who storyline, starring the original actress Damaris Hayman and released in November 2017. I also wrote the novelisation of the episode in the accompanying anthology. IMDb link is here. My episode The Cat Who Walks Through Worlds was featured in the Monologues & Poetry International Film Festival in 2020 and was placed first in its category.

Edited and published dozens of British Fantasy Society (BFS) publications since 1995, including BFS Newsletter Prism (1995-1999 and 2004-2005) and BFS fiction anthology Dark Horizons (2000-2004), and numerous other FantasyCon books and magazines.


Script-writing for Littlewich Ways - a community radio-play project about life in a fictional Cheshire village. Think The Archers, but funnier. Honestly some of our scriptwriters have a wicked sense of humour ...