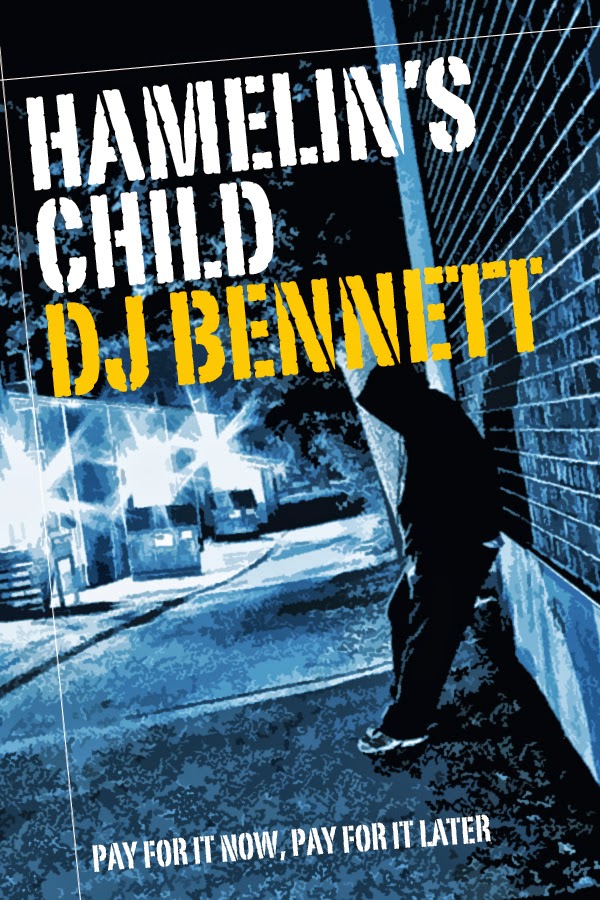 Michael Redford died on his seventeenth birthday – the night Eddie picked him up off the street, shot him full of heroin and assaulted him.

Now he’s Mikey and he works for Joss. With streaked blond hair and a cute smile, he sleeps by day and services clients at night. Sometimes he remembers his old life, but with what he’s become now, he knows there is no return to his comfortable middle-class background.

Then he makes a friend in Lee. A child of the streets, Lee demands more from friendship than Mikey is prepared to give. But the police are closing in on them now and Mikey’s not sure anymore who he really is – streetwise Mikey or plain Michael Redford.

A thriller set in the seedy world of London's drug rings, this book contains strong scenes and adult material.

** Long-listed (top 25) for CWA's Debut Dagger Award in 2005.
** Now available as an ebook on Amazon kindle and Smashwords (all formats) and also in paperback.

Some of the reviews for Hamelin’s Child:

This is the track that "accompanies" the novel.
I never saw this video until way after the book was finished and
yet it's eerily appropriate. 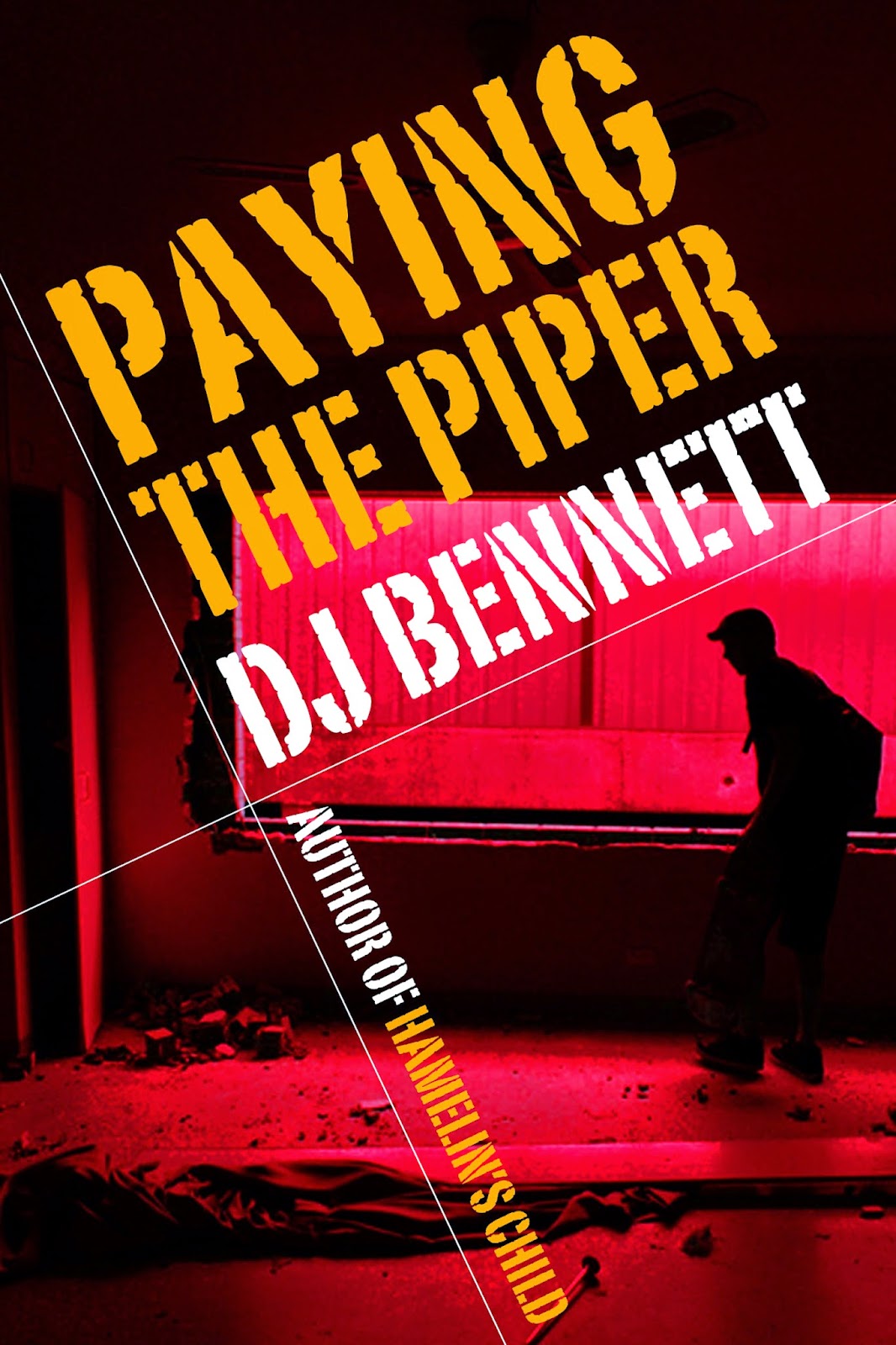 Michael is piecing his life back together after his time spent as a rent boy. But it's hard and although he's been clean of drugs for months, the nightmares are still too real and he can't come to terms with Lee's death and Eddie's impending trial.

Sometimes other people's troubles can seem easier to deal with. When Michael meets Amanda at the cashpoint, it's a chance to focus on someone other than himself, and finding Amanda's missing husband and baby may just be his salvation.

But the shadows of his past won't let him go. The bank account they've set up for him is full of easy cash and Eddie's old boss Carl can help Amanda. And suddenly Michael is in deeper than he ever imagined possible.

This thriller is set six months after the events in Hamelin's Child and contains adult material.

What they are saying about Paying the Piper:

Bon Jovi's Saturday Night - putting your life back together 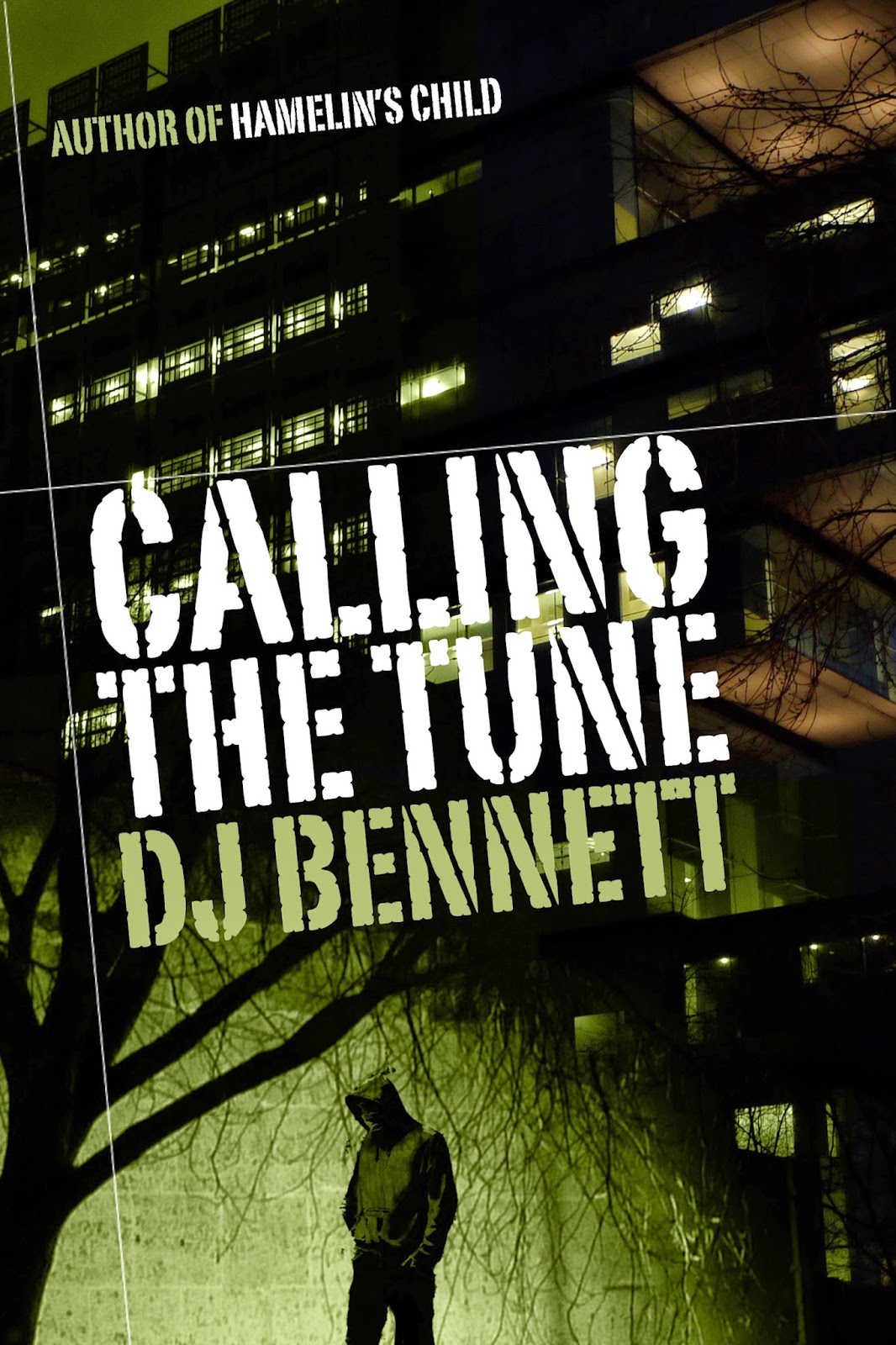 “Don’t believe what they say: money can buy everything – and I have lots of it.”

It’s Eddie’s trial and Michael is reliving events he’d rather forget. Giving evidence means he can’t hide, and there are still people looking for him and old debts to be repaid. It was never going to be easy.

Face to face with the man who raped him, Michael runs from court, but he’s not alone. Close behind him is trainee reporter Becky, and the story she wants will make or break her career after a telephone call sends Michael running for his life.

But running away never solved a problem. Michael realises he has to face his demons head-on if he's ever going to move on with his life – and now he's on a collision course with his worst nightmare.

Following on from Hamelin's Child and Paying the Piper, this novel contains adult material.

** Won publishing award from Writers' News in 2014.
** Now available as an ebook on Amazon kindle and Smashwords (all formats) and also in paperback.

Reviews for Calling the Tune: 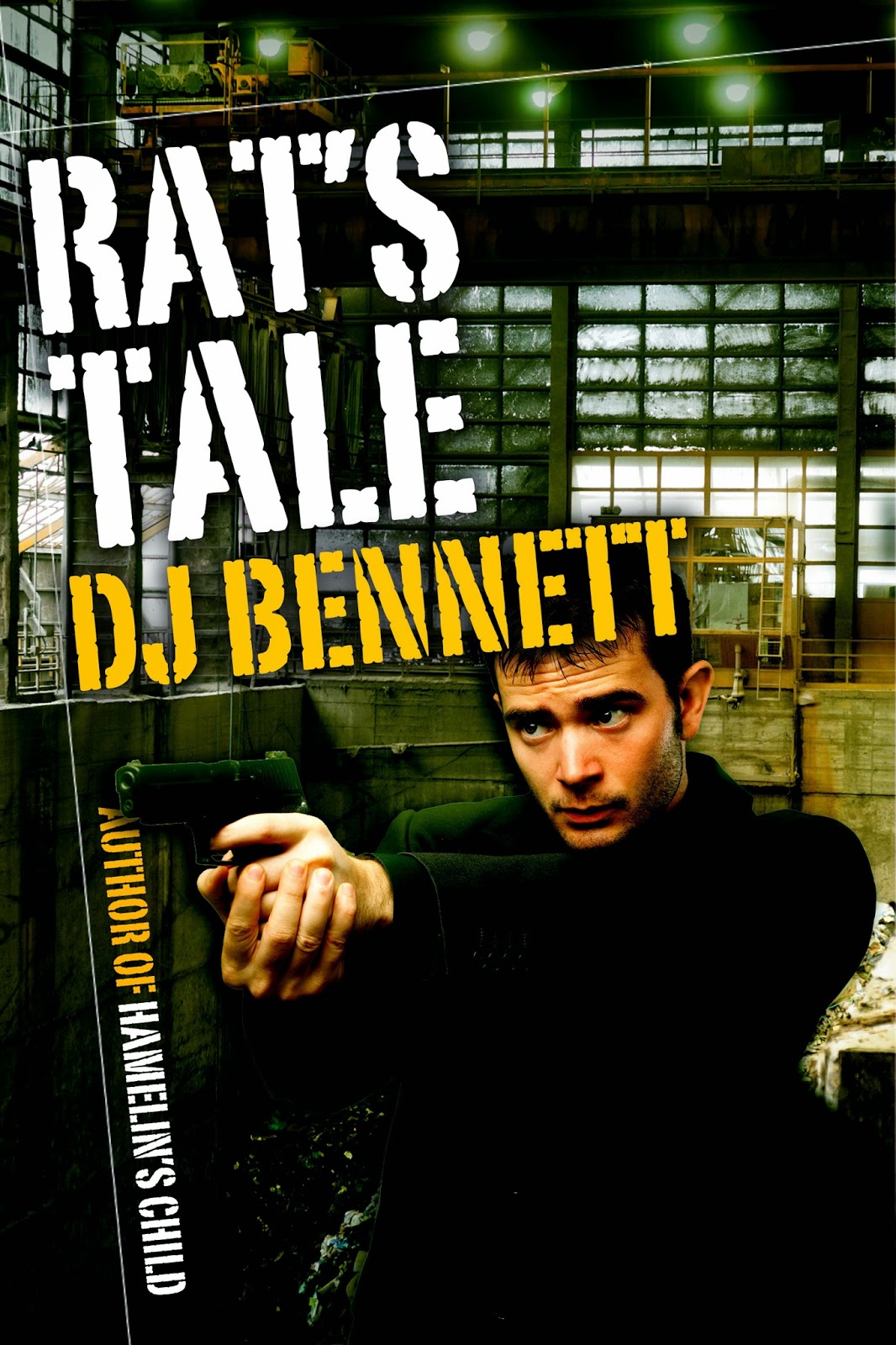 Set just after events in Calling the Tune, this shorter novella is Lenny's story and contains adult material.

** Now available as an ebook on Amazon kindle and Smashwords (all formats) and also in paperback.

What do readers say? 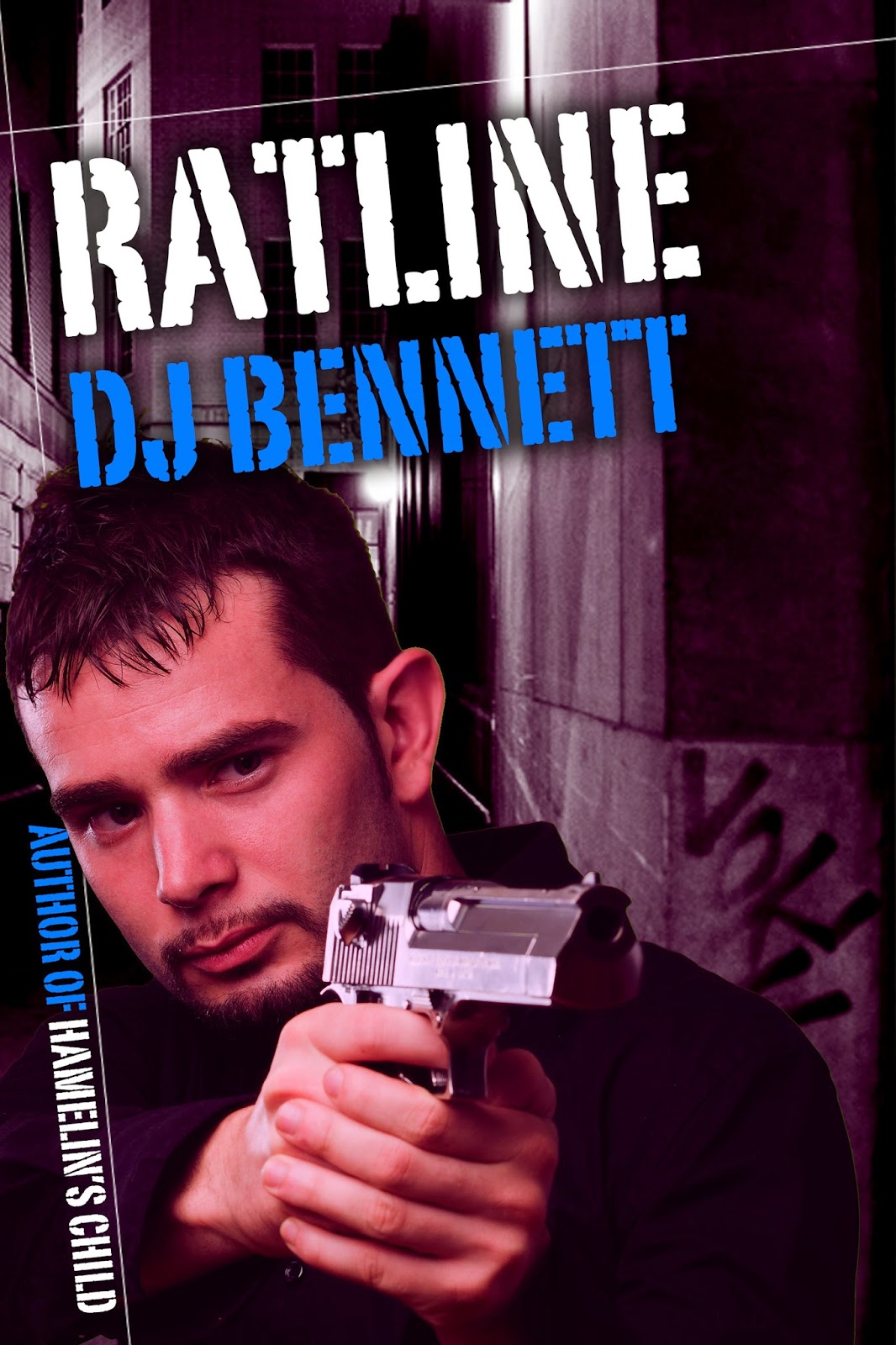 The DI handling Lenny’s trial seems to think he can control the rest of Lenny’s life too. He’s made him an offer – help the police pull in one of London’s biggest criminals and there might be a way to stay out of prison.

Lenny knows that going after Jackson isn’t going to be easy. And finding a way back into his old life will be near-impossible. After putting his gangland boss behind bars, it looks like everybody is out to get him, but at least there’s the novelty of having the cops on his side for once.

Jackson and Lenny have history between them, however, and in order to lure Jackson, Lenny has to dig deep into his own past and uncover secrets he’d thought were buried forever. And the chain of evidence he needs to bring Jackson down might just be the noose around his own neck.

This thriller is set a few months after Rat's Tale and contains adult material.

** Now available as an ebook on Amazon kindle and Smashwords (all formats) and also in paperback. 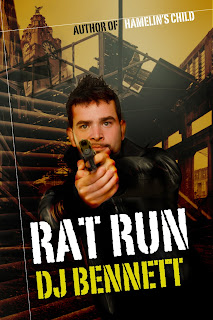 Lenny’s been released early from prison. He’s got a normal and boring job, and he’s living a normal and boring life in a small flat in Liverpool. But Lenny’s never done normal. Or boring. Everything comes with a price and the local cops have already been in touch, expecting him to provide intelligence about his old life in London. Then an email sends him racing back down south. It’s not the best idea he’s ever had, but it’s Becky who’s contacted him and she’s always been his weak spot. Becky’s teenage brother is missing, and Lenny knows that heading to London to search for him means breaking the terms of his prison licence, risking his freedom and maybe even his life. The search for Becky’s brother takes Lenny into dangerous territory from his past, he’s got the cops on his back again, and he has to decide whether this new life is worth what it’s going to cost. This thriller is set six months after Ratline and contains adult material.