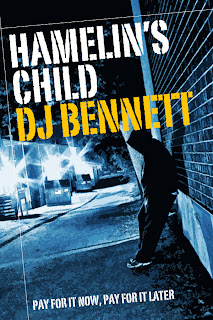 I never know what I’m going to write. Many writers plan their books and stories, meticulously researching and outlining each chapter or scene and making sure that everything is heading in the right direction before they even start to write. Others have a vague idea where they are going to end up but aren’t yet sure of the route they might be taking.

Me – I fly by the seat of my pants. I really do have no clue of where things are heading until they get there. I find things out as and when my characters do. And sometimes I have to think my way around an idea for quite some time, pass it from hand to hand and look for the opening. 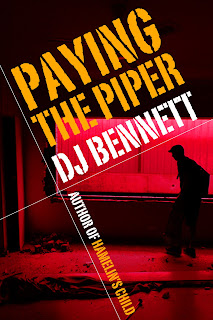 So it is with this latest novel. The third of the trilogy that will bring Michael’s story to a conclusion. It wasn't something I was planning to write at all, but people who have read Hamelin's Child and Paying The Piper have said they want to know what happens to Michael and whether he makes any sense out of his life. Well, I don’t do walking-off-into-the-sunset style happy endings, but I do have some Ideas.

So, since this appears to be a crowd-sourced novel, let’s start with a title. Following the theme so far, I was thinking of something along the lines of Calling The Tune. Or A Different Tune. Any other ideas or suggestions would be most welcome…

The funny thing is, I was mulling over the first 8,000 words so far and trying to think who or what Michael is going to be fighting against this time around. I can’t just rehash the same old story – that’s cheating and I don’t write like that. So it has to be something new, something relevant, something that ties in the unanswered questions from the first two books (Who exactly is Jackson working for? Who wants Michael so badly and why?). And then in the opening chapter of this 3rd book, Michael sees Eddie across the courtroom and Eddie smiles at him and I’m wondering what it is exactly that he knows. And I’m remembering a throwaway comment from Hamelin and only now realising its significance. Isn’t the subconscious a wonderful thing?

Here’s a draft snippet from the scene…

And there he was. Eddie. The first time he’d seen him since the day the drug squad had busted through the door in the flat over a year ago, when he’d woken up with Lee to a room full of police. More than a year fell away in seconds and he just couldn’t tear his eyes away. The man looked no different – still the same blond hair and a smug expression on his face as if he knew exactly how all this was going to play out.

Somebody coughed. The spell broke and he glanced around the courtroom. His dad was in the back of the gallery with his sister Kate. Twelve jurors stared at him like he was some kind of museum exhibit and even the judge was watching him.

You can do this, Redford. You can. He was not going to let them win. He looked back at Eddie. The man met his eyes and smiled.

Gee whizz! Debbie,
You've got me breathlessly reading, and it's probably many, many months before I know what's going to happen. Don't you think that's just a little cruel?