A Cabinet of Inspiration

I was rummaging through my filing cabinet recently, looking for some pre-digital photographs from an American holiday so I could scan them in and use them to illustrate a post on another blog (using photos as inspiration for stories and scenes - can't link it as it isn't yet live...)

Apart from the usual folders one has in a filing cabinet for bills, car documents, bank stuff and other household gubbins, I have stacks of junk I hoard. Things I've picked up over the years that inspire me, remind me of people and places and that might trigger a story or provide research material. 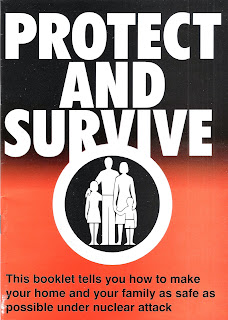 I got the leaflet on the right at Hack Green Secret Nuclear Bunker in Cheshire. This place is a Cold War relic and well worth a visit if you're ever near Nantwich (fascinating journey underground into a nuclear bunker - the scariest thing being the civil service furniture that was still being used when I started work in London. Those lurid purple and green chair covers ere enough to scare anybody). But does anybody remember these actual leaflets being delivered to houses in the 1970s? I do. I remember being thoroughly terrified by the idea of nuclear war as a child - watching the BBC drama Threads and wondering what was going to happen to us all.

What else is in my folder. A Rand McNally road atlas of the USA. Great for mileages and logistics but probably redundant in the days of Google maps. More useful are the tourist guides to the National Parks. I've got the original tv script for an episode of Urban Gothic - the one I novelised which eventually appeared in an anthology alongside Christopher Fowler, Graham Masterton and Paul Finch, amongst others. 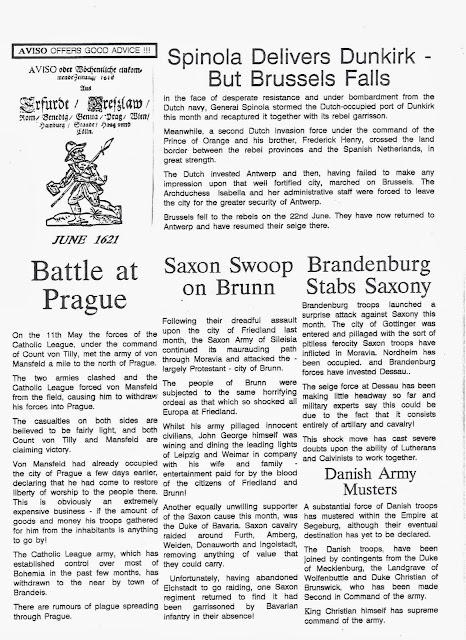 There are also several 'Europa' newsletters. These date back to the early 1980s when I was involved in a wargames campaign based on the 30 Years War in Europe. This involved a lot of scheming and plotting - there were a dozen or more people involved and the girl who ran it produced these exquisitely-detailed newsletters containing 'letters to the editor' and local news snippets as well as the main issues of 17th century Europe. Remember that this was pre-computer and very much a labour of love typed up every month on a typewriter, literally cut-and-pasted, and photocopied. So much rich detail for anybody writing historical fiction (which sadly has never interested me yet).

I have masses of police leaflets too. Everything from the Forensic Science Service glossy brochure to the Crown Prosecution Service leaflets of sentencing and court procedures - if nothing else these are useful for me to know what is and isn't in the public domain when I'm writing crime.

I'll go through it all eventually and chuck out the stuff that has outlived its storage space. But most of might come in useful one day and I'm far too much of a squirrel!