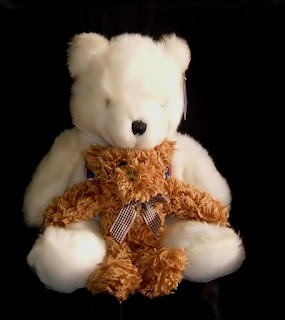 There was a news headline a few years back about  a British woman living and working abroad in a muslim country who inappropriately named a teddy bear in the classroom where she was a teacher. This infringed the blasphemy laws of that country and I believe she was jailed. Leaving aside opinion as to the nature of the crime, the fact is that she broke the law of the country in which she was resident and paid the price.

But what if she hadn't been in that country? What if she'd been in Britain and committed the same act? It might be distasteful, maybe even disrespectful, but it doesn't infringe UK laws so you'd think she'd be OK. What if she'd set up a website, selling teddies with inappropriate names? Would that be illegal?
So why is the USA hounding student Richard O'Dwyer who built a website that had links to sites allowing illegal downloads of films? As far as I am aware, his site only contained links, not actual films nor the direct ability to download them. Yes, pirating films - pirating anything - is wrong and I'm sure he knew that and was making money off the back of it, but last time I looked, stupidity wasn't a crime the UK. There may even be a case of fraud or theft in this country but I don't see what that's got to do with the USA.
Now the internet is a grey area and the laws of supply of goods and services often don't bear much relation to the real world or common sense. For instance if you're a UK business and you supply goods via the internet, UK VAT law says that VAT is applicable according to the country of dispatch - if you sell a hardback book to America, you don't declare VAT on that sale as it's an export. However if you supply services via the internet, UK VAT law says that VAT is applicable according to the country of origin. So if you sell an e-book on amazon.co.uk (e-book sales are classed as supplies of services, bizarrely), the VAT applicable is that which is currently in force in Luxembourg (where amazon.co.uk is based). Which is why all the e-books appeared to reduce in price on 1st Jan 2012, when Luxembourg's VAT rate went down to 3%.
How does this relate to Mr O'Dwyer, website supremo? Well, I don't really know. Apparently he hasn't broken UK law, but where was his website hosted? I find it worrying that our government can even contemplate extraditing somebody who hasn't broken our laws and hasn't been to the country in question. Hacking the Pentagon's computers (or whatever Gary McKinnon, the other UK national currently facing extradition for computer-based offences did) is one thing - he directly accessed computers in a foreign country - but simply showing foreign website links is another altogether and a dangerous legal precedent to set.
Today's Daily Mail says that O'Dwyer's extradition will now go ahead, pending approval by Home Secretary Theresa May. And a British student might well spend 10 years in a US jail for what? Being greedy and foolish. Maybe I don't have all the facts. Maybe there's another layer in this that I am missing. But I find it really quite scary.
And where does that leave anybody else trading online in any way? Treading very carefully, I would say. Make sure you know who is hosting your websites, where they are based and what national or international law applies. And have the phone number of a good lawyer.